Dream Your Dream is the fourth mini album by the South Korean-Chinese girl group Cosmic Girls. It will be released on February 27, 2018 by Starship Entertainment and Yuehua Entertainment, and distributed by LOEN Entertainment.

On February 4, 2018 a post to the WJSN Facebook page was made showing a photo with the album title and day of release. They then posted the schedule for promotions during the month of February. The next day, promotional photos were revealed for the "φορευς" (the carrier) unit which consists of Eunseo, Yeoreum, Dayoung and Yeonjung. The next unit was revealed the day after and is called "αγυρτης" (the imposter) which consists of Xuan Yi, EXY, Soobin and Cheng Xiao. Finally, the following day, the unit "ενύπνιον" (the dreamer) and the members were SeolA, Bona, Luda, Dawon and Mei Qi. 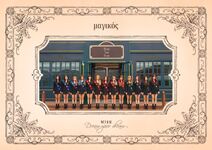 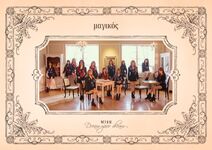 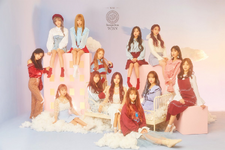 Add a photo to this gallery

Retrieved from "https://wjsn.fandom.com/wiki/Dream_Your_Dream?oldid=2803"
Community content is available under CC-BY-SA unless otherwise noted.